Following in the line of automobile companies offering connected Apple Watch apps to control aspects of their vehicle, like Porsche Car Connect, German car manufacturer Volkswagen today announced a similar Apple Watch app that will bring most of the features of the company’s Car-Net mobile app to a user’s wrist. 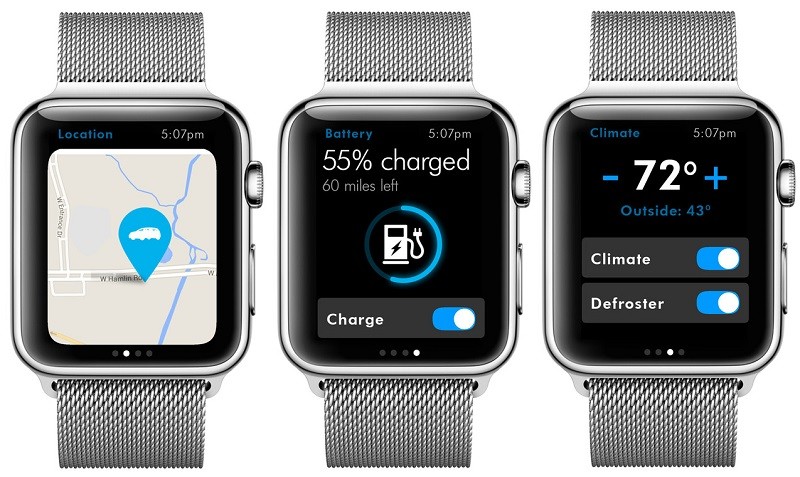 The app will allow customers to lock and unlock a car’s doors (on 2016-and-later models), open and close windows and the sunroof, provide a map of the vehicle’s current parked location, and even set off a minor alarm when locating the vehicle is proving tiresome. Interestingly, the app will also bring over Car-Net’s feature of tracking speed and set boundary notifications, allowing parents to monitor a child’s top driving speed and send notifications if they break from a pre-set geofencing boundary area right to the Apple Watch.

“These high-tech features, available through the Car-Net® app for Apple Watch, are paving the way to Volkswagen’s future of connected vehicles,” said Abdallah Shanti, Executive Vice President and Group Chief Information Officer for Region Americas. “As a part of Volkswagen’s Digital Vehicle Management Platform, this was a truly collaborative effort between our Technical Development and Group IT teams.”

The Volkswagen Apple Watch app also brings the ability to check fuel on gasoline and TDI Clean Diesel engines and even the charge on the all-electric e-Golf. The full suite of Car-Net features is available on “select trims” of the 2014 and later Beetle, CC, Eos, Jetta, Passat and Tiguan models and on all trims of 2015 and later Golf, Golf GTI, Golf R, Golf SportWagen and e-Golf models.