MacRumors and Aspyr Giveaway: Get a Free Copy of 'Civilization V: Campaign Edition' for Mac

Most of our giveaways have focused on hardware products, but this week, we’ve partnered with Aspyr to set up a special one-of-a-kind giveaway. We’ve teamed up to offer our MacRumors readers a free copy of the ultra popular game Civilization V: Campaign Edition, which normally retails for $29.

We’ve created a dedicated page for the giveaway. Head over there to get a promotion code for Civilization V: Campaign Edition that can then be redeemed within the Mac App Store. The promotion is open to readers worldwide. 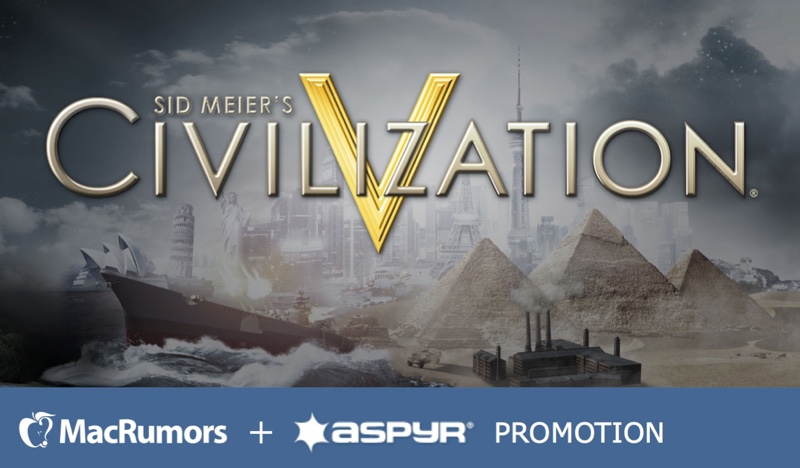 For those of you unfamiliar with Civilization V, it’s a turn-based strategy game that lets players lead a civilization to world domination through time, waging wars, discovering technologies, trading with friendly nations, and interacting with some of the world’s most powerful historical leaders. Civilization V: Campaign Edition includes the base game, the Babylon Civilization Pack with Nebuchadnezzar II, plus the Mongols Civilization and Scenario Pack.

We’re providing each of our readers with one promo code apiece, and codes will be available through July 31 at 11:59 p.m. Eastern Time or until all codes have been claimed. Codes will expire on August 4, so make sure to enter your promo code in the Mac App Store before then. Visit the giveaway page.