Google today announced an acquisition of iOS-based time management app Timeful, which first launched last year. When it was released, Timeful was described as “the first intelligent time manager” for mobile devices, aiming to help users manage their lives by combining a time management app with a calendar, a to-do list, and reminders designed to reinforce positive habits.

In its current incarnation on iOS, Timeful connects to the Calendar app to import existing events into a daily view that includes all tasks that need to be completed. It also lets users create to-dos, and when there’s a block of open time on a user’s schedule, Timeful will insert “Habits.” Habits are user-defined tasks like “Take a Walk” or “Read for 30 Minutes,” and are aimed at fitting recreation or skill-building tasks into each user’s schedule. 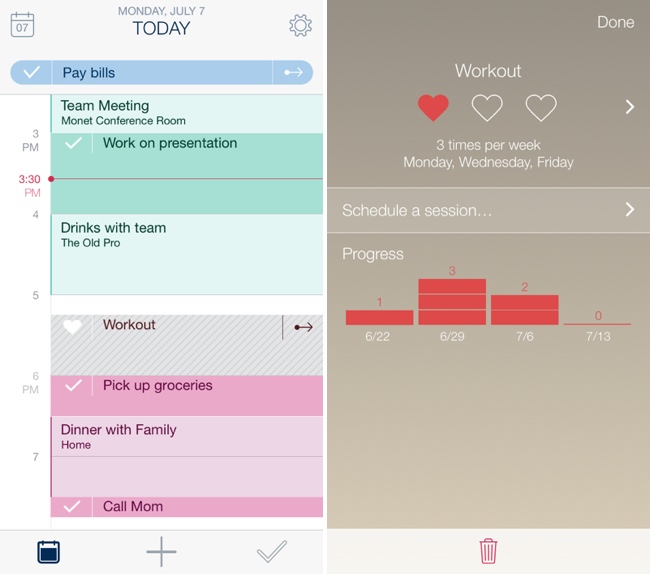 Google plans to incorporate Timeful‘s clever time management tools into its existing products like Inbox and Calendar, making it easier for users to schedule events and find time for all tasks that need to be completed in any given day.

The Timeful team has built an impressive system that helps you organize your life by understanding your schedule, habits and needs. You can tell Timeful you want to exercise three times a week or that you need to call the bank by next Tuesday, and their system will make sure you get it done based on an understanding of both your schedule and your priorities. We’re excited about all the ways Timeful’s technology can be applied across products like Inbox, Calendar and beyond, so we can do more of the work for you and let you focus on being creative, having fun and spending time with the people you care about.

According to a blog post on the Timeful site, the Timeful app will continue to be available on iOS, but going forward, attention will be on “new projects at Google.” Current Timeful users can export their data out of the app for use with other apps if desired.