AT&T Activation Fee for Contract Customers Rising to $45, New $15 Fee for 'Next' Customers 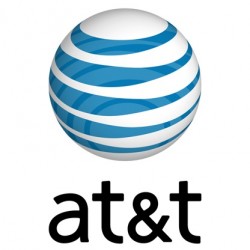 Beginning August 1, AT&T will raise its activation/upgrade fee for customers signing up for a one- or two-year contract, alongside introducing a specific activation fee for all AT&T Next and Bring-Your-Own-Phone customers.

According to sources speaking with Droid Life, the new contract upgrade fee will increase from $40 to $45, while the activation cost for Next and BYOP customers will be $15. If true, AT&T will have the highest activation fee amongst its competitors. Other carriers, like Verizon, sit around a $40 upgrade fee cost currently.

With the uptick in price for the carrier’s contract activation charges, AT&T is changing its installment plan option, AT&T Next, from a no-cost-to-start service to requiring a $15 activation fee. The same $15 charge will be placed for customers interested in activating a new line of service with the BYOP program, which lets customers save money on their yearly contracts by bringing in a phone purchased elsewhere to avoid paying full-price.

It appears that AT&T will grandfather in existing AT&T Next customers who have a plan with the company prior to August 1, and won’t be charged the $15 fee on their next upgrade. However, the carrier noted that this policy is “subject to change,” meaning existing Next customers may be facing the $15 charge sometime down the line of their upgrade cycle, if not immediately after the changes take effect.

Previous Watch our own Phil Nickinson on All About Android 223!
Next This sturdy skin case for iPhone 6 is only $13.95 today in every color