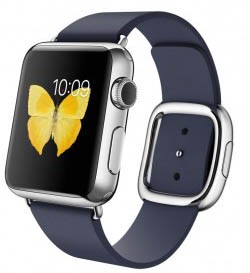 Apple today seeded the fourth watchOS 2 beta to developers, two weeks after seeding the third watchOS 2 beta and more than a month after announcing the new operating system update at its Worldwide Developers Conference.

watchOS 2 requires iOS 9 and can be downloaded over-the-air through the Apple Watch app on the iPhone by going to General –> Software Update.

Along with these features for developers, which will lead to much more complex and full-featured third-party Apple Watch apps, the update introduces new watch faces (photo albums and time-lapse), third-party Complications, Time Travel for viewing upcoming events in a watch face Complication, and a Nightstand mode that’s activated when the watch is charging, displaying the time.

watchOS 2 is currently only available to registered developers who have also installed iOS 9 on their iPhones. Apple plans to release the software to the public in the fall.