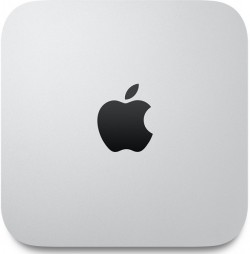 Apple today released a new firmware update for late-2012 Mac mini models to fix a problem that could prevent a USB keyboard from being recognized after the Mac wakes from sleep.

This update is recommended for Mac mini (late 2012) models. This update addresses an issue that may prevent a USB keyboard from being recognized after the system wakes from sleep.

Apple recommends all late-2012 Mac mini owners download the firmware update, which measures in at 4.8MB. It’s available through the Software Update mechanism in the Mac App Store or directly through Apple’s support website.

Today’s update is the first firmware update the 2012 Mac mini has received since December of 2012, when Apple released an update to address an HDMI video flickering issue.

The 2012 Mac mini is a previous-generation model that Apple replaced with the current Mac mini in 2014.

Previous Samsung Galaxy S6, three months on
Next Fable Legends will battle its way to Xbox One and Windows 10 on October 13